The story is about Sylvek, a 12 year old immigrant of Spanish and Polish parents who lives with his grandmother in the old west side of Reykjavik. They live in a house that they inherited from an Icelandic sailor the met in Barcelona were they lived before moving to Iceland.

Sylveks grandmother constantly complains about the monotony of daily life in Reykjavik. Then some bad things start to happen. In the middle of the summer, when the sun never sets in Iceland, someone starts to murder young boys. Simultaneously a mysterious lodger moves into their house. A tall man dressed in black who claims to hate children.

Other characters included in this book is a famous children’s books author, a quick-witted journalist, a detective who is afraid of the sight of blood, and last but not least: the TV station Stasington, which is mapping the life of Reykjavik for a TV reality show that is truly one of a kind. 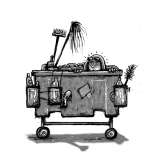 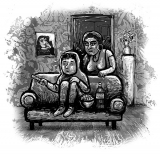 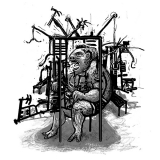