It all began very early on a Monday in mid-June. By five o’clock roads leading inland had been closed to traffic, and the rescue squads had all been activated. The first passengers took off at around seven o’clock in nine Airbuses heading for an airport in central Europe. At eight o’clock, ships began to set sail from harbors all around the country. The evacuation of Iceland had begun.

The Evacuation of Iceland focuses on a fictional scenario, though upon closer scrutiny it corresponds with the present day Iceland in many respects.  The entire population of Iceland (340.000) is transported to a former airfield in the middle of Berlin. It is a somewhat political tale, critical of modern Iceland were a handful of investment enterprises are accumulating most of the wealth while the public is blinded by consumerism that may eventually lead to its downfall.

The Evacuation of Iceland – Chapter 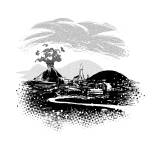 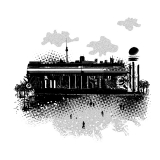 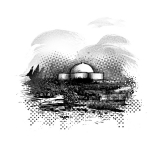 “The dark appearance of the book does in no way reveal how hilariously funny the story is …”
Rosa Maria Hjorvar – Bókmenntaborgin (Literary website of Reykjavik).

Just finished the novel Kaldakol by Thorarinn Leifsson. I wasn’t sure if a book about the transfer of Icelanders to Berlin would work out. Volcanic eruptions are a fact and the reason for all this. I have to tell you that this is a brilliant story that does make sense. An unusual story that mirrors the old Danish idea of moving our whole nation over the ocean. I recommend it to all who still read books and to those who can read at all.
Bubbi Morthens, rock star (Legendary in Iceland since the early eighties)

”The last part really rewards the reader! Cause you sit there with all those questions, it makes you think about the state of things in our society.” “
Kollbrun Bergthors, Kiljan (Well known literary program on national TV).

”There is a lot of brain food in this book and it is entertaining!”
Haukur Ingvarsson, Kiljan.

”Most important book of the year. Five volcanoes starting up and only one author knows where to go. 400 points on the Gamma Corporate business scale“
Steinar Bragi Gudmundsson, writer.

”Just so funny you cry out.“
Hrafn Jokulsson, journalist and enfant terrible.

”Crazy ideas! I had a lot of fun reading it.“
Halldor Baldursson, Icelands best known caricaturist.

„This is a brilliant book, satire of the strongest kind!”
Steinunn Stefansdottir, journalist.